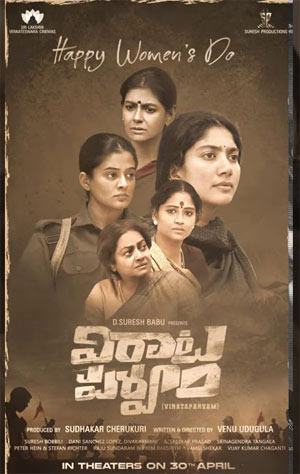 On the occasion of Women’s Day, the makers of Sai Pallavi and Rana Daggubati’s upcoming period social drama, Virata Parvam, unveiled a special tribute video. Like all the promotional posters that have been released so far, even the video has Sai Pallavi’s name written before Rana’s.

Venu Udugula is directing Virata Parvam and Sudhakar Cherukuri is bankrolling it in Suresh Babu’s presentation. Suresh Bobbili is the music composer. The film is slated to hit screens on April 30.