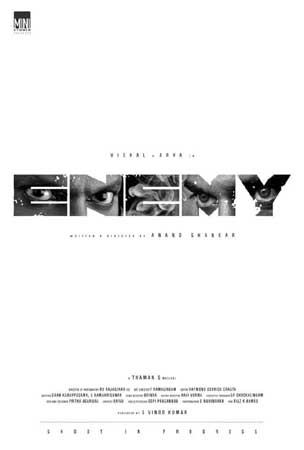 A film in the combination of Tamil stars Vishal and Arya went on the floors recently. Being directed by NOTA fame Anand Shankar, the film is said to be an intense action thriller.

Meanwhile, the latest news is that the makers have unveiled the film’s title as Enemy. Co-starring Mrinalini Ravi as the female lead, the film is expected to be out in the second half of 2021.

Thaman is scoring music for Enemy. More details regarding the project are awaited.