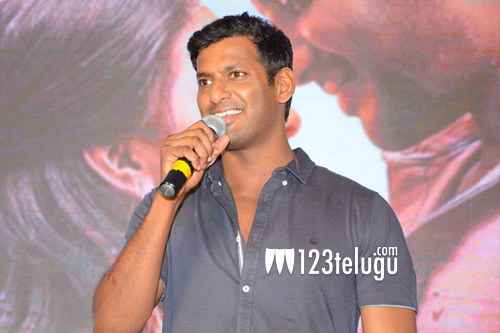 The theatrical trailer for Pandem Kodi 2, the sequel to hero Vishal’s 2005 blockbuster, Pandem Kodi, was released today. The trailer reveals that the film will be an out-and-out mass action entertainer with a rural backdrop. Apart from Vishal, both the film’s leading ladies, Keerthy Suresh and Varalaxmi Sarathkumar, surprised everyone in their outspoken village belle avatars.

Speaking at Pandem Kodi 2’s trailer launch event, Vishal confirmed that there will be a third part in the franchise. Vishal went to announce that Keerthy Suresh will be the leading lady in the third part as well, with director Lingusamy, who has helmed the part one and two, will also direct the third part.

Pandem Kodi 2 is gearing up for a grand release on October 18, as a Dasara festive treat. Noted Tollywood producer Tagore Madhu is releasing the Telugu version. Yuvan Shankar Raja has scored the music.