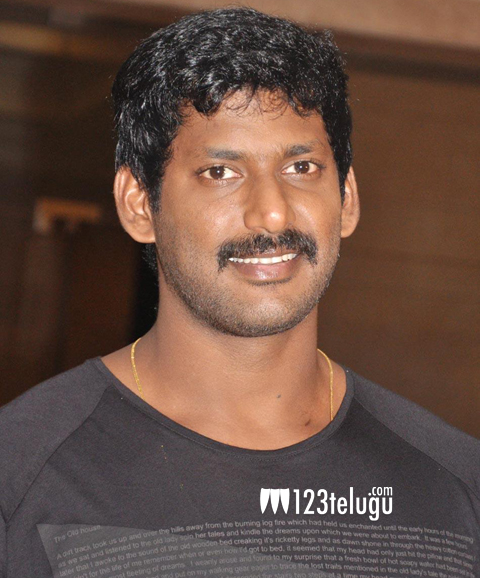 Tamil actor Vishal is trying his best to create a space for himself in Telugu market once again. Few years ago, some of his films like Pandhem Kodi, Bhaiyya did quite well at box-office in Andhra Pradesh, but after films like Salute, Vaadu-Veedu, he has completely lost his market in Telugu. Now, he’s coming with another film titled Dheerudu, which is the dubbed version of a Tamil film Pattathu Yaanai. Action king Arjun’s daugther Aishwarya Arjun is going to make her onscreen debut in this film. Vishal is turning producer with this film and Dheerudu is the first film to be produced under Vishal Film Factory banner. Bhoopathi Pandian is directing the film and S S Thaman is scoring the music. The film’s audio is going to be launched on June 25 and the film will release in July. Let’s see if Vishal manages to make a mark in Telugu this time.