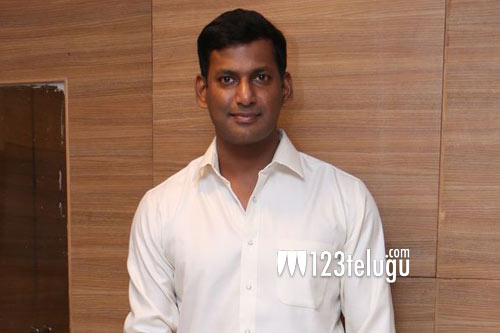 Kollywood hero Vishal has filed a police complaint against veteran producer RB Chowdary. Vishal himself took to Twitter this evening and announced the same. The reason behind Vishal’s unexpected move is the veteran producer failing to acknowledge his repayment of the debt he had got for the 2018 thriller, Irumbhu Thirai (Abhimanyudu in Telugu).

Vishal said that RB Chowdary’s behavior was “unacceptable” and went on to allege that the producer has failed to return him the cheque leaves, bonds and promissory notes, despite him repaying the loan months ago. Irumbhu Thirai was directed by PS Mithran and it also featured Arjun and Samantha. The film was produced under Vishal’s Vishal Film Factory banner.

It’s unacceptable that Mr #RBChoudhary failed to return the Cheque Leaves,Bonds & Promissory Notes months after repaying the loan to him for the Movie #IrumbuThirai,he was evading giving excuses & finally told he has misplaced the documents

We have lodged a complaint with Police