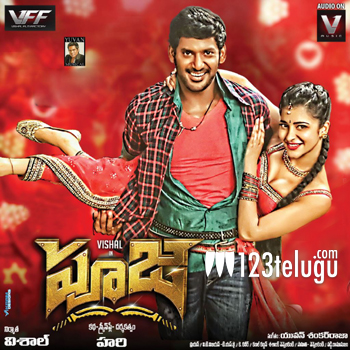 Vishal’s ‘Pooja’ managed to get a huge release this Diwali. This action entertainer is getting decent response from B and C centers and to promote their film even more, Vishal and his team will go on a success tour all over AP and Telanagana.

Vishal has produced this film under his own banner Vishal Film Factory. Hari, who earlier directed super hit films like ‘Yamudu’ and ‘Singham’ directed this flick which also had Shruthi Haasan in the lead.