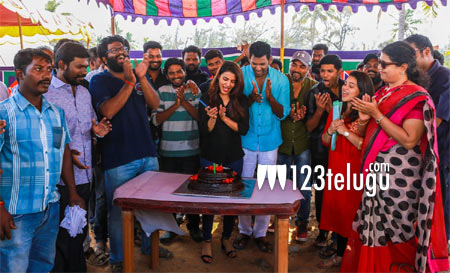 Tamil hero Vishal and Samantha will soon be seen in a high budget Tamil action thriller titled Irumbu Thirai. The film’s Telugu version is titled Abhimanyudu. This afternoon, the film’s unit has wrapped up the entire shooting formalities.

Initially, there were reports that Irumbu Thirai will be hitting the screens during Pongal. But the latest buzz is that the movie is vying for a January 26 release. Irumbu Thirai is directed by PS Mithran and produced by Vishal himself. Action King Arjun essays a crucial role.