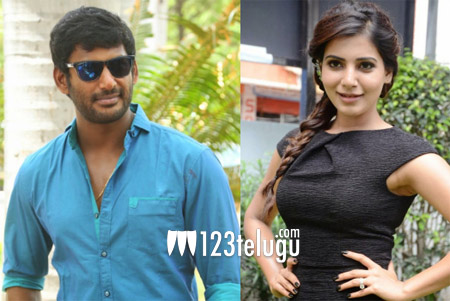 It’s well-known that Tamil star Vishal and actress Samantha will soon be seen in a high budget Tamil action thriller titled Irumbu Thirai. The film’s Tamil and Telugu versions are slated for a grand Sankranthi release.

According to the latest updates, Irumbu Thirai has been titled Abhimanyudu in Telugu. This movie is being directed by PS Mithran and produced by Vishal himself. Vishal’s mentor Action King Arjun essays a crucial role in the movie. Yuvan Shankar Raja is the film’s music composer.