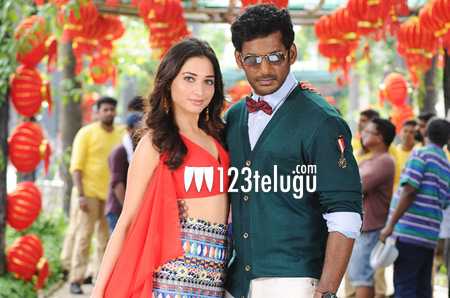 Vishal’s latest flick, Kathi Sandai is getting dubbed in Telugu as Okkadochadu. The latest update is that the film has received a clean U from the censors and will release on time this Friday.

This is the highest release for any Vishal film as it is releasing in over 2000 screens in both Tamil and Telugu. Directed by Suraj this movie has Jagapati Babu and Tamannaah playing the female lead. Star comedian Vadivelu is making a comeback after a short gap.