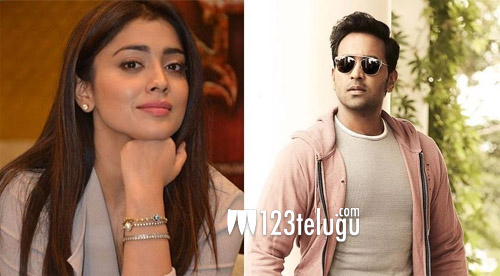 It is well-known that senior hero Mohan Babu is making his silver screen comeback after nearly two years with a film titled Gayathri. Touted as an emotional family drama, the film’s shooting is nearing completion.

Hero Manchu Vishnu, who will be seen in a special role in Gayathri, took to Twitter a while ago and wrote, “Shooting the last leg of #Gayatri. So far one of the best love stories I have shot. @shriya1109 brilliant eyes girl you have got. I could just lost in them”.

Along with Shriya Saran, the film also has Anasuya and Meda Meeda Abbayi fame Nikhila Vimal, who are essaying crucial roles in the movie. Gayathri is being directed by popular writer Madan. SS Thaman is scoring the film’s music. Mohan Babu is bankrolling the film under Sri Lakshmi Prasanna Pictures banner. The film is scheduled for a February 9th release.