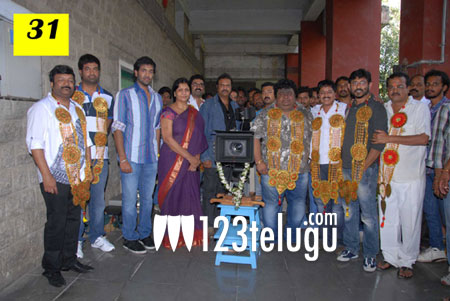 Manchu Manoj is all set to romance Hansika in a new film that had its muhurtam shot today.Collection King Dr. Mohan Babu is producing this film while G.Nageswara Reddy is the director. Chakri will be composing the music for this movie. The event was held at Gachibowli in Hyderabad.

Noted lyricists and scriptwriters like Suddhala Ashok Teja, Bhaskara Bhatla, Rama Jogayya Sastry, Kona Venkat, BVS Ravi and Gopi Mohan attended the event and all of them are lending their services to this movie.