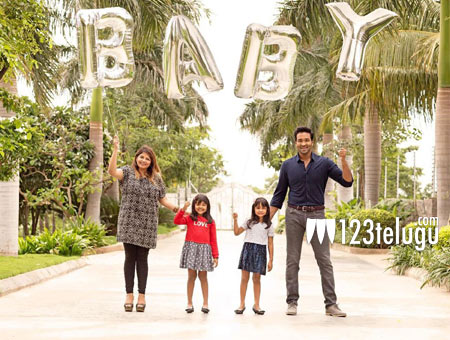 We have recently reported that Vishnu Manchu and his wife Viranica will become parents once again. Vishnu and Viranica are already parents to two beautiful twin girls, Ariana and Viviana. Recently, there were reports that Viranica is pregnant with twins again.

Talking about it, Vishnu said that he would love to have another set of twin girls, but it’s the God above who decides whether it’s one or two. Vishnu also clarified that Viranica is not in the US currently and that he has not scheduled Achari America Yatra’s US schedule to coincide with his wife’s delivery.

And yes I would very much like to have another set of twin girls. But such things,God above decides.Whether it's one or two, let him decide