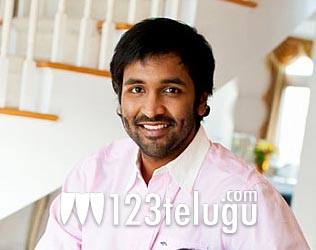 Vishanu Manchu is a busy bee these days. After the success of his recent film Dhenikaina Ready, the actor took some time off to spend time with his family and he’s now gearing up for his next film to be directed by Veeru Potla. Apparently, the actor is on a shopping spree in Beverly Hills in Los Angeles, USA to handpick some of the trendiest slim fit trousers, shirts, T-shirts, shoes and other accessories which his character demands in the film. “Trend attracts me and I am never worried about budget when it comes buying costumes for my films. I am in LA because it is the most happening city in the world when it comes to fashion. It is also home to Hollywood fashionistas,” Vishnu Manchu says. This untitled film is likely to go on floors in early 2013 and Vishnu is producing it under 24 Frames Factory. The hunt for the lead heroine is still on and all the details about rest of the cast and crew will be announced soon. Apart from this film, Vishnu is also keeping himself with the pre-production of his dream project Ravana Brahma which will have Mohan Babu in lead role.