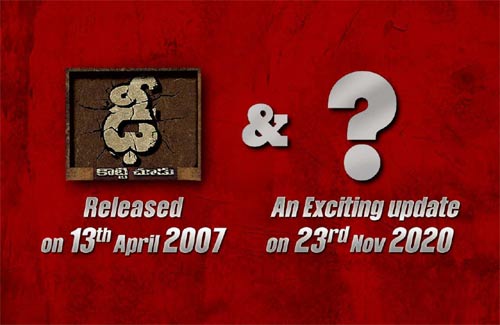 Released in 2007, Vishnu Manchu and Genelia’s hilarious comedy entertainer, Dhee, went on to become a huge blockbuster. This Sreenu Vaitla directorial had set a new trend of sorts in the way comedy was treated in Telugu films those days.

Now, after 13 long years, both Vishnu and Sreenu Vaitla are all set to join hands with each other for an exciting project. The official announcement has been made this morning. Yet another update regarding the film will be out on November 23 on the occasion of Vishnu’s birthday. Whether or not the film is going to be a sequel to Dhee will be revealed in a few days.