Vishnu Manchu’s daughters turn singers for his next
Published on May 9, 2022 4:02 pm IST 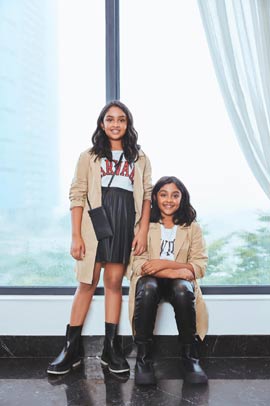 Tollywood hero Vishnu Manchu is currently busy shooting for his upcoming movie under the direction of Ishan Surya. Payal Rajput and Bollywood actress Sunny Leone are the leading actresses in this untitled flick.

The latest news is that Vishnu Manchu’s daughters Ariana and Viviana have made their debut as singers and sang a song composed by Anup Rubens. Bhaskarabhatla Ravi Kumar provided the lyrics for the song and it is said to be one of the highlights of this yet to be titled flick.

Produced under the banner of AVA Entertainment, the movie has caught the attention of moviegoers right from the announcement and fans have been eagerly waiting to know more updates from the film.