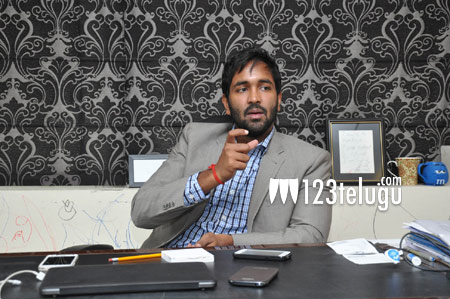 Vishnu Manchu has been getting decent reviews for his cameo in Erra Bus. Leaving his star image, Vishnu did an emotional role in the film. Going into details, Vishnu said that he did this role only for Dasari Narayana Rao. He also added that this was his way of showing gratitude towards the legend who launched his dad Mohan Babu in Tollywood.

Erra Bus is the story of a young software engineer and his grandfather. Dasari presented Vishnu in a new and handsome look and reports also reveal that Vishnu did not charge a single rupee for this flick. Catherine Theresa is the female lead in this film which is produced and directed by Dasari himself.