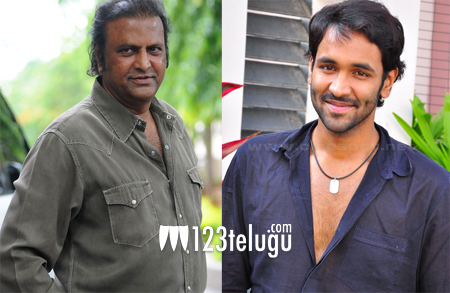 Veteran actor Mohan Babu, is indeed a proud father today. All his three children are hugely successful, and have created a name for themselves in Telugu films. But it is his elder son Vishnu, who has gone a step ahead and is all set to fulfill his fathers dream.

Recently, when Mohan Babu reveled his wish to do something for the Indian film industry on completion of 100 glorious years, Vishnu immediately obliged his dads wish. According to the latest reports, Vishnu will now be producing an exclusive documentary on Telugu Cinema, which has also completed 83 successful years in Indian film history.

This one of a kind documentary, will be made in international standards, and is set to put Telugu cinema on the world map. Vishnu has already started working on this project, and more details on this documentary will soon be raveled.