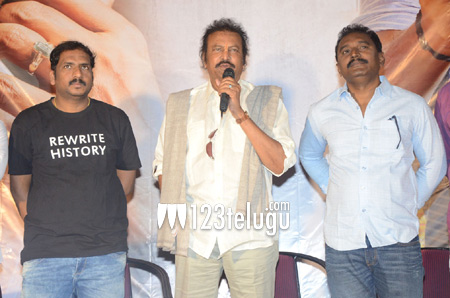 Vishnu Manchu is riding high on the appreciation that he is getting for his performance in Gayatri. Apart from this film, he is also doing a hard-hitting film called Voter.

Touted to be a complete social entertainer, this film is nearing its completion and speaking about it, Mohan Babu today said that the film has shaped out quite well and Vishnu will once again shock the audience with his performance.

Directed by Kartik Reddy, Voter has Surbhi as the female lead and John Sudheer Pudota is producing this film. SS Thaman scores the music.