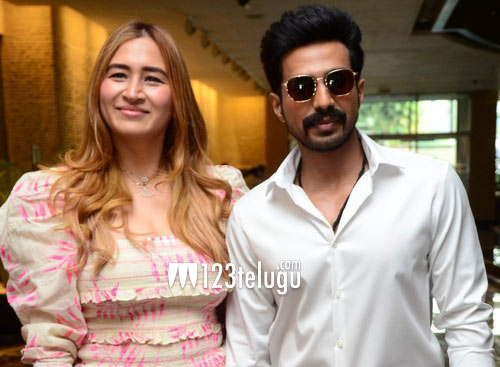 Tamil actor Vishnu Vishal is all set to get married to ace badminton player Jwala Gutta soon. The actor, who will soon be seen alongside Rana in Aranya, made this announcement at the pre-release event of the film in Hyderabad.

For the past few months, Vishnu Vishal and Jwala Gutta have been spotted together on several occasions, and he was present at the wedding of Jwala’s sister in Hyderabad. Talking at the event, Vishu Vishal said, “Jwala Gutta has been my biggest support throughout the film’s shoot and she was on the shooting spot too. We are going to get married and we will announce the date soon. I am going to be a Telugu alludu soon.”

The actor is pinning big hopes on Aranya’s success and he said that he is planning to release his next three Tamil films in Telugu too.