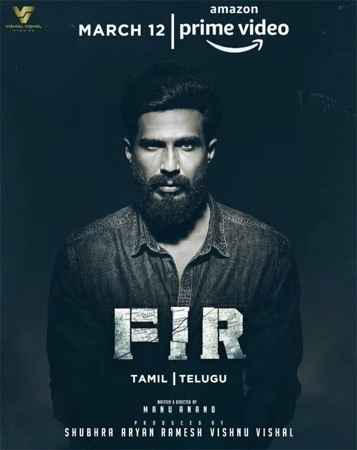 Vishnu Vishal’s recent release FIR is finally making its way to the digital platforms. Directed by Manu Anand, the Tamil movie, which was also released in Telugu, has impressed audiences.

Exactly after a month of its theatrical release, the movie is going to release on the leading OTT platform, Amazon Prime Video. The film will be available to stream from midnight in Tamil and Telugu versions. Those who missed watching it in theaters can enjoy the movie on Prime Video.