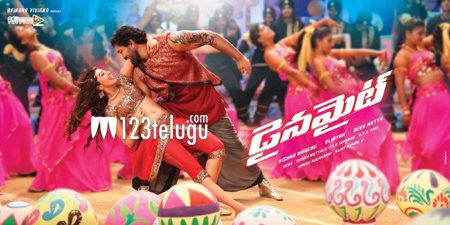 Manchu Vishnu’s latest action drama Dynamite has released today amidst positive buzz. The racy thriller has garnered a superb response from the audience of all areas and the crisp run time of 128 minutes is playing a big role in the film’s success. The neat cinematography and the fine music are getting a good response too.

Manchu Vishnu and the rest of the team are very happy about the film’s success and they are buoyed by the overwhelming response. Vishnu’s powerful performance and his energy levels are the big assets for the film. Pranitha Subhash and JD Chakravarthy have effortlessly shone in their roles. All those who have watched the premier shows yesterday night have appreciated the film.

The thrilling narration and the high-octane action episodes have made the film a gripping tale. Trade Analysts predict that the film will register superb collections and will remain as one of the top grossing films this year.