Vishwak Sen gives an update on Oh My Kadavule Telugu remake
Published on Jul 20, 2021 3:01 am IST 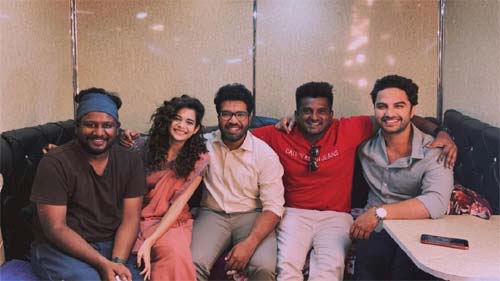 It is known that young hero Vishwak Sen is reprising Ashok Selvan’s role from the Kollywood smash hit Oh My Kadavule in its official Telugu remake. Bollywood starlet Mithila Palkar is making her Tollywood debut with this film, as she portrays the female lead’s role originally essayed by Ritika Singh.

This evening, Vishwak took to Instagram and shared a picture from the film’s set. “Finished 18 days of shoot with this amazingly talented people. After a short 3 day break see u all on the floor again,” the young hero posted.