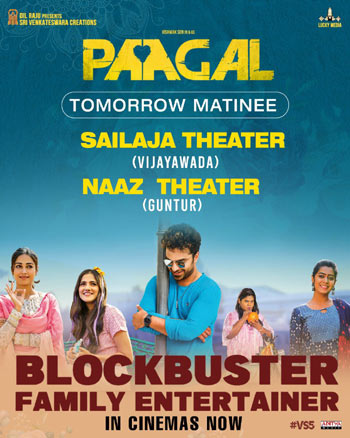 At Paagal’s pre-release event, hero Vishwak Sen made a few striking statements which went on to become controversial. Vishwak was subjected to intense trolling on social media for his “over confidence”. However, the controversy in turn helped the film register solid openings across the twin Telugu states.

But the film received a mixed response from audiences and critics alike. This affected the film’s box-office collections over the weekend, and even the Monday collections were not encouraging. This seems to have prompted Vishwak to go all out to promote Paagal.