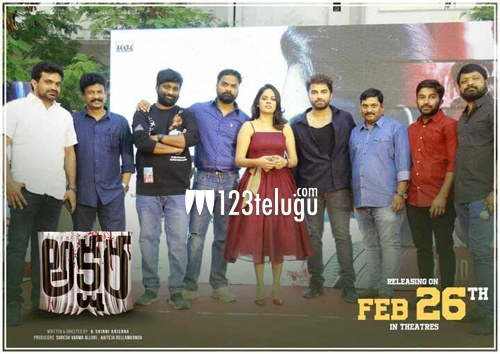 Akshara is a film that is being awaited for a long time now. The film is a serious drama based on the education system of the country. Nanditha Swetha plays the main lead.

The trailer has been well appreciated and today, a song named Rama Rama was released by the makers. Noted hero, Vishwak Sen released the song and said that he loved the trailer and is quite eager to watch the film.

Heroine Nanditha Swetha said that the audueince will come out with a lump in their throats after watching this film. The film is produced by Ahiteja and he said that the film was started on a small scale but the audience and media gave it good hype and made it a big film. Chinni Krishna directs the film.