Vishwak Sen-Rakul Preet start shooting for their next
Published on Jul 1, 2021 8:51 pm IST 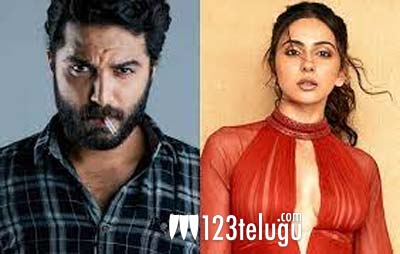 It is a known fact that hero, Vishwak Sen has collaborated with filmmaker AL Vijay in which he’ll be seen alongside four other actresses. One of them is Rakul Preet who will be seen as a crucial character in the film.

The news is that Rakul has joined the sets of the film today. Along with her hero, Vishwak and comedian Vidyu Raman are also shooting today in Hyderabad.

Titled October 31 – Ladies Night, the suspense thriller unfolds on a Halloween night and how the characters deal with the strange incidents happening around them forms the crux of the plot. The film will be made for an OTT release.