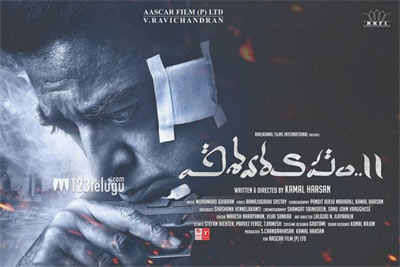 There was not much buzz before the release of Vishwaroopam2 as the makers did not concentrate on the promotions of the film. The result clearly showed in the openings of the film which were clearly disappointing.

The latest we hear is that the film made 1.7 crores share in both the Telugu states after the first three days of its release. These collections are quite low considering Kamal Haasan, who has a decent craze in Telugu.

Kamal himself directed this sequel which did not have the thrills or action which the first part had.