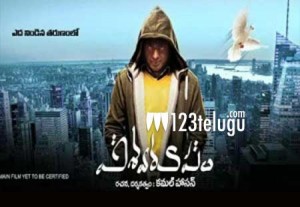 Kamal Haasan’s magnum opus, Vishwaroopam has now finished its censor formalities and obtained an U/A Certificate. The film was much in news because of its satellite premiere even before its theatrical release. Clearing all the rumors and controversies the film is set to make a first ever satellite premiere on selected cable networks on the 10th of January. Directed by Kamal Haasan, this film is now set for  release on the 11th of Jan. Siri Media brings this movie in Telugu which has Rahul Bose, Shekar Kapur and Pooja Kumar in major roles.