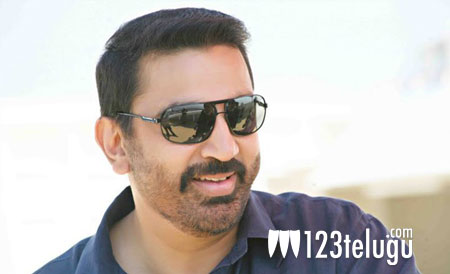 Kamal Haasan’s upcoming magnum opus Vishwaroopam might be screened at the prestigious Cannes Film Festival, if all goes well. The film festival, which is held every year in France, attracts the best films from all over the world. The interesting news is that, this year the organisers of Cannes Film Festival are so keen on having Vishwaroopam on board that they even extended the deadline so that Kamal Haasan has enough time to submit the film. Talking to a Mumbai based tabloid, Kamal Haasan said, “Cannes film festival is keen on having Viswaroopam. I am in constant touch with Christian Jeune from the Festival. She’s keeping a track of our progress. A 9-member Cannes jury will view the film and then decide its fate. We’re definitely doing our best to get there on time.” The film is being directed by Kamal Haasan, who’s also playing the lead role. Touted to be a spy thriller, Vishwaroopam is one of the most expensive films to be made in South and Prasad V Potluri is producing the film on PVP Cinema banner. Pooja Kumar, Rahul Bose and Andrea Jeremiah are playing important roles in the film. Shankar-Ehsaan-Loy are composing the music and the film is expected to release in Tamil, Telugu and Hindi later this year.