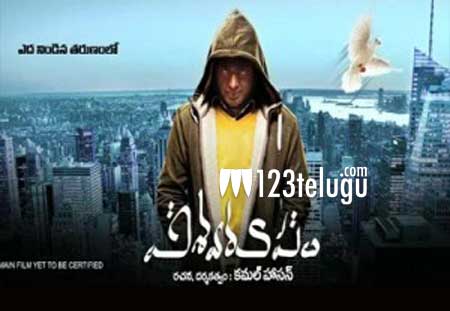 Kamal Haasan has been on a whirlwind tour across the country, for the past few days, to promote his upcoming magnum opus Vishwaroopam. Already, the film’s lead cast has been to New Delhi, Nagpur, Indore and Lucknow and finally, they are coming to Hyderabad. A press meet is going to be held at Novotel tomorrow (December 30) in Hyderabad and Kamal Haasan is expected to speak at length about the film. Moreover, he has already unveiled his plan to premiere the film on as many as 5 DTH services including Tata Sky, Airtel, Videocon and couple of others on January 10, 2013. Since it’s the first time he’s coming to Hyderabad after the controversy surrounding the film’s release on DTH broke out, he’s expected to clear several myths associated with this technology and how it’s going to help the film industry. The film’s audio will also be launched at the same venue.

Vishawaroopam stars Kamal Haasan, Pooja Kumar, Andrea Jeremiah and Rahul Bose in lead roles. The film has been written and directed by Kamal Haasan and he has co-produced the film along with PVP Cinemas banner. Shankar Ehsaan Loy have composed the music. The film is based on the theme of global terrorism and it’s likely to hit the screens in Telugu in the second half of January.