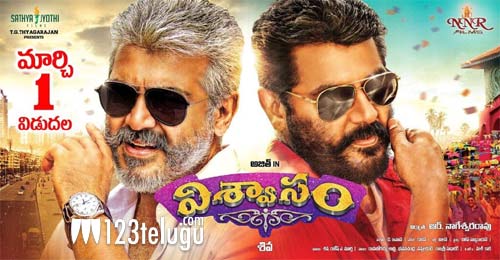 Ajith gave a super hit in the form of Viswasam recently. The film is now releasing in Telugu with the same title and will be out on the 1st of March in a big way.

The latest we hear is that the film is releasing in close to 400 screens in both the Telugu states. Nayanthara is cast as the female lead in this film which has been directed by Shiva.

Ajith will be seen in two roles in this film.