Viva Harsha impresses with his witty humor on Tamasha with Harsha
Published on Nov 14, 2020 11:01 pm IST 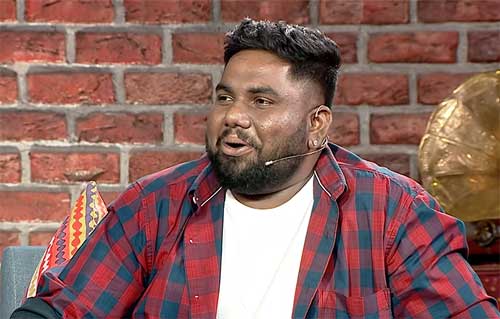 AHA is one OTT platform that is bringing a lot of shows for the audience in the last two months. They started with a bang the other day as the launch event was pretty good and nicely managed.

One of the shows, Tamasha with Harsha also went on air yesterday. Viva Harsha is the host of this modern talk show where he calls guests on the show and roasts them with funny antics.

Harsha is quite good with his hosting skills and is quite witty as well. The guests of the first episode were Niharika and Navdeep who were equally sportive.

The tasks given were also cool and Harsha managed to impress big time with the way he made the show lively. Let’s hope that the upcoming episodes also create enough fun.