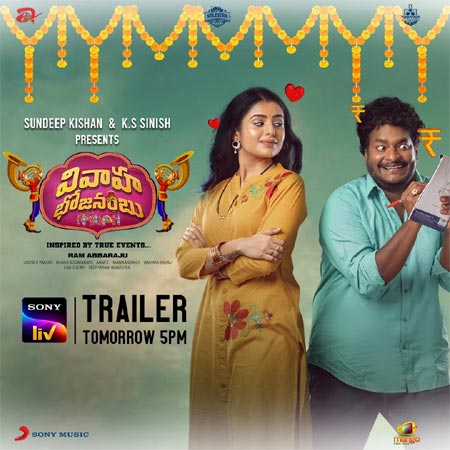 Sundeep Kishan, who was last seen in A1 Express, is in no mood to slow down. The actor will next be seen in a film titled Gully Rowdy, and he has produced another film, Vivaha Bhojanambu which has comedian Satya in a lead role.

Now, the latest update is that the film has been sold to Sony Liv and will be out this month itself. The trailer will be launched tomorrow at 5 PM and the date will also be revealed.

Vivaha Bhojanambu is directed by debutant KS Sinish and Anandi Arts, Soldiers Factory, and Venkatadri Talkies banners are jointly bankrolling it. The film is inspired by true incidents that took place during the lockdown.