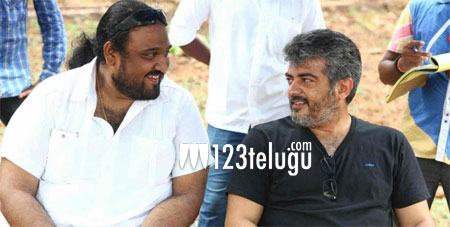 Tamil superstar Thala Ajith’s Vivegam released in August amid a huge hype, but the critics’ response and box-office collections were underwhelming. The result was even worse for the film’s Telugu version, Vivekam.

And here’s an interesting update. Despite Vivegam faring below the expectations, Thala Ajith has given his nod to yet another project to be helmed by Vivegam’s director Siva. Incidentally, Vivegam’s producers at Sathya Jyothi Films banner will bankroll this movie.

This will be Ajith’s immediate project and the regular shooting will begin in February. An official announcement is expected to be out soon.