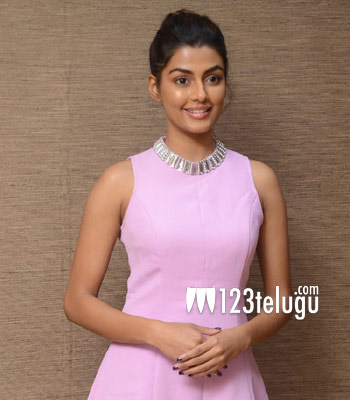 Vizag girl Anisha Ambrose made her acting debut with a small budget film titled Alias Janaki in 2013. She went on to act in notable movies like Gopala Gopala, Run and the recently released Okkadu Migiladu.

Anisha is currently acting in Pelli Choopulu director Tharun Bhascker’s second film. Just how he did with Pelli Choopulu, Tharun is shooting his second movie too in the sync sound format. This means that Anisha is delivering her lines in Telugu. Anisha is quite excited about dubbing for herself for the first time in her career.