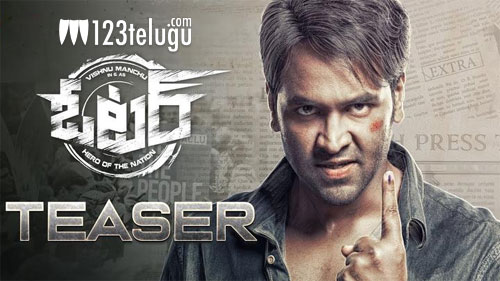 It is a known fact that Vishnu Manchu is doing a film called Voter which is based on a political set up. The film’s teaser was released today and the first impression we get is that what a common man can do if he decides to change the society.

Vishnu is shown as an aggressive youth who questions the ethics of the corrupted politicians. The thrills look good but the subject is a bit old. We need to see how director Karthik Reddy has made this film in today’s sensibilities.

Surabhi is playing the female lead in this film which is said to release in April.