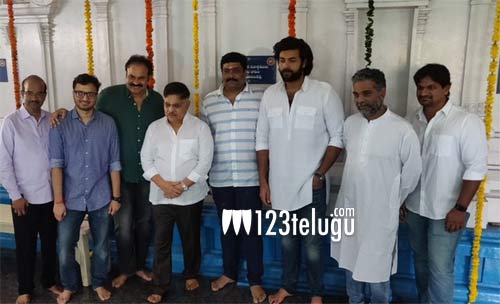 Varun Tej is flying high with the success of his latest film Gaddalakonda Ganesh which was a good hit at the box office.

Now, the entire concentration is on his new film which was launched today in Hyderabad on a simple note.

The film is based on boxing and will go on floors in December first week. Already, Varun has trained in the US for his boxing skills.

Directed by Kiran Korrapati, this film is being produced by Allu Venkatesh and Sidhu Mudda on Renaissance Pictures banner