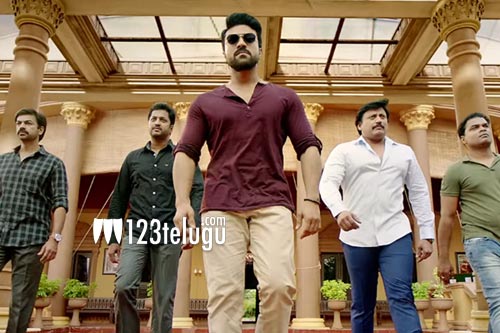 It is a set song and has Charan and Kiara taking part in it in a specially erected set. Once this is over, the second song which is an item number will be canned on Charan and Esha Gupta.

With this, the entire film will be wrapped up. Boyapati Sreenu directs this film which has music by DSP.