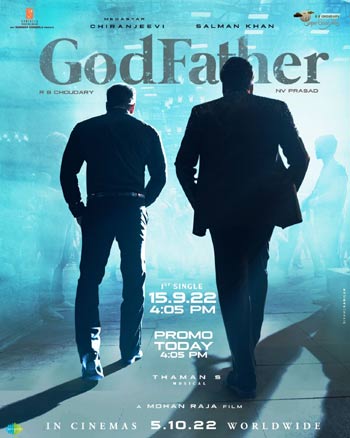 The makers of Chiranjeevi and Salman Khan starrer Godfather had initially announced that the first lyrical video from the film’s audio album will be out on the 15th of September. But that didn’t happen.

The makers then announced that the song will be released on a later date. But incidentally, the wait is till going on for the arrival of the first song from Godfather album.

It’s been three days since the makers announced the arrival of the song. Fans are eagerly waiting for the same but sadly, their wait is getting agonisingly long.

Godfather is releasing in theaters on the 5th of October.