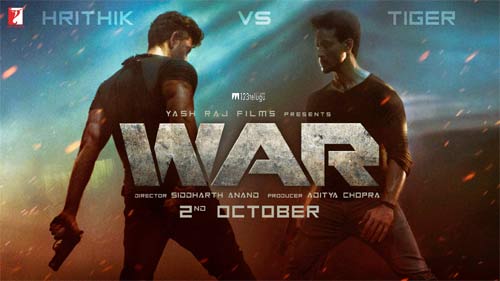 Hrithik Roshan and Tiger Shroff-starrer Bollywood spy thriller, War, is having a steady run after a sensational first week across India. The film is all set to enter the rare Rs 300 club in India today, including its Tamil and Telugu versions. War has already earned its spot as the all-time 9th highest grossing Indian film.

Until Saturday, War collected an all-India nett of Rs 295.75 crore. The film needs another Rs 4.25 crore to break into the Rs 300 crore club. War has already surpassed the lifetime collections of Uri and Kabir Singh to become the highest grossing movie of 2019. By the end of its final run, War will end up as the all-time 7th highest grossing Indian film.