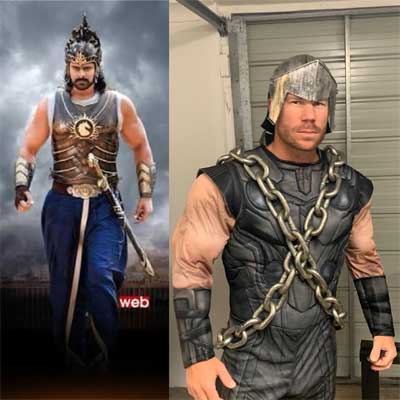 Dawid Warner has been entertaining his fans ever since the lockdown was announced. He has done several videos on south stars and also imitated Baahubali Prabhas.

Now, he has once again done the Baahubali special as he posted a picture where he is seen wearing a Baahubali costume. What’s funny in that is Warner even posted a Prabhas a snap-in Baahubali avatar and asked “Whose costume do you prefer”.

This post has gone viral and fans of Prabhas are super happy about this avatar of Warner.