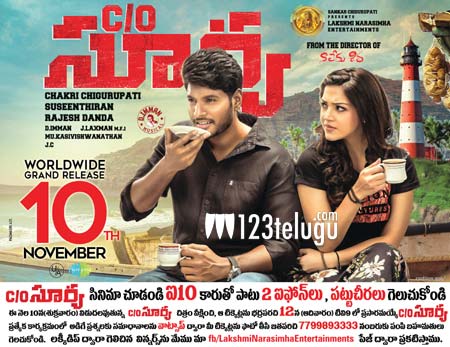 Now, the film’s makers have announced an interesting contest. Audiences who watch Care of Surya in the first weekend must preserve their movie tickets and then answer a few questions aired on a popular Telugu news channel on November 12. The answers must be attached with the images of the tickets and sent to 7799893333 via WhatsApp.

The film’s makers will then select the winners through a Lucky draw. One lucky winner will get a brand new i10 car, while two winners will get an iPhone and others will get expensive silk saris.