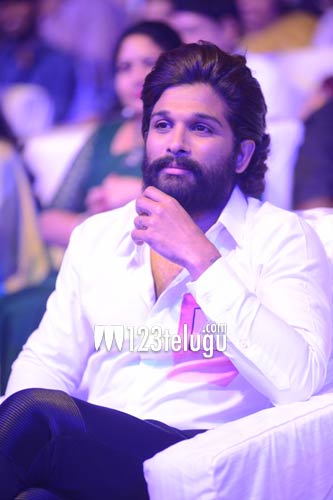 Star hero Allu Arjun was the chief guest at tonight’s pre-release event of Kartikeya and Lavanya Tripathi’s Chaavu Kaburu Challaga. Speaking at the event, the Stylish Star revealed that his good friend and Arya 2 co-star Navdeep wanted to do Chaavu Kaburu Challaga, but gave it to the film’s producer Bunny Vas.

The Pushpa hero went on to say that he watched Chaavu Kaburu Challaga today and told his fans that the film will ‘shock them and touch their hearts.’ “I was surprised to know that the director Koushik is just about 26-27 years old and narrated such a deeply philosophical film. I was also bowled over by Kartikeya’s performance and questioned myself why did not act so well when I was of his age,” he said.