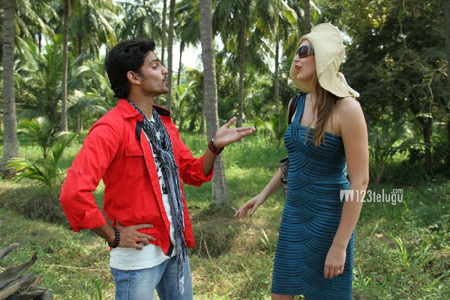 Veteran director Singeetham Sreenivasa Rao is making a comeback with an emotional drama titled Welcome Obama. Majority of the film’s shooting has already been wrapped up and the third schedule began recently. Few songs are going to be shot in the third schedule which will go on till May 3 and with that the entire film’s shooting will be wrapped up. The latest news is that the audio is going to be launched in a different manner in the third week of May. The film’s post production has already begun and currently it’s in dubbing stage. The entire cast consists of newcomers and Singeetham Sreenivasa Rao is quite happy with their performance. The film is said to be based on the theme of surrogacy. Rachel, Urmila, Sanjeev and Niranjani are playing the lead roles. Bharathi Krishna is producing the film under Sandalwood Media banner.