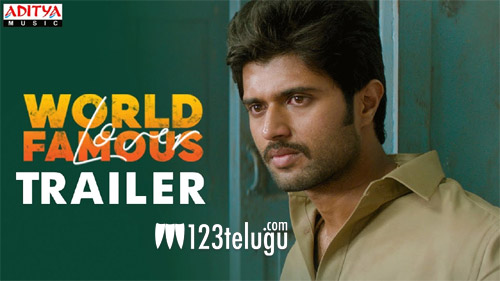 The trailer of Vijay Devarakonda’s World Famous Lover released yesterday and has gone viral all over within no time. It is still trending on YouTube and has close to 5 million views with 190k likes.

Ever since the trailer has gone viral, the buzz for the film has increased tremendously. The four love stories shown in the trailer have become a talking point in social media. Raashi Khanna is seen in a bold role in the film.

Many are waiting eagerly to see how Vijay is showcased in all these four avatars in the film which is being directed by Kranthi Madhav. The film is all set to release on the 14th of Feb and this trailer has surely increased the hype of the film as of now.