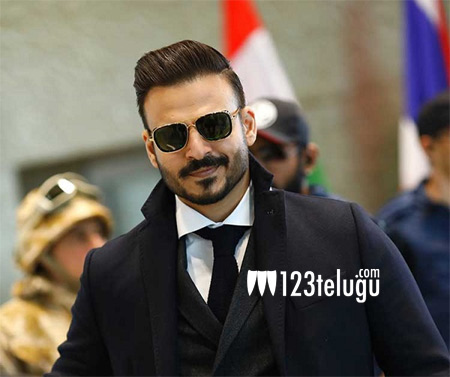 Ram Charan’s terrific performance as a hearing impaired village youth named Chitti Babu in Sukumar’s Rangasthalam has been winning accolades ever since the film’s release. Fans, critics and many industry celebrities were all praises for Charan’s impressive acting prowess.

Bollywood star Vivek Oberoi, popular among Telugu audience for his intense performances in RGV’s Company and Rakta Charitra, is the latest star to be left in awe of the Mega Powerstar’s performance. Vivek took to Twitter and described Charan’s performance as “brilliant transformation”. He went on to say that Charan is a ‘Mega’ combo of superstar and super performer!

Chitti Babu sound engineer!!! So happy for my bro #RamCharan & the Massive Blockbuster success of #Rangasthalam!What a brilliant transformation! You are a ‘Mega’ combo of superstar & superperformer! God bless, proud of u man! Big congrats to the super talented team! Take a bow! pic.twitter.com/pVB5W4w05B