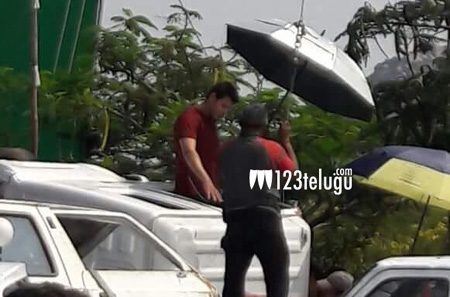 Mahesh Babu is going all out to complete the shooting of his upcoming film. The latest update is that the star hero is busy canning some very crucial scenes of the film in the Bus Bhawan of RTC X Roads area of Hyderabad.

Mahesh along with some important actors from the film are taking part in this shoot which is directed by Muragadoss. Being simultaneously made in Tamil and Telugu, this film is yet to be titled.

Harris Jayraj composes music for this film which has Rakul Preet as the female lead.