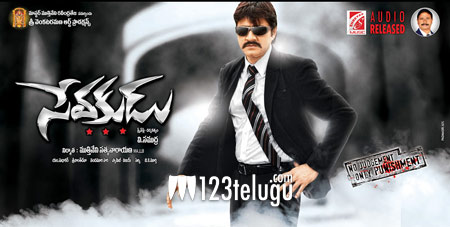 The world has welcomed 2013 with a lot of hope and cheer. It is a fresh new year for the Telugu Film Industry as well and the first Box Office weekend is coming up on Jan 4th. So which Telugu film will be the first release of the year. The answer is family hero Srikanth’s ‘Sevakudu’.

The film has been directed by V. Samudra. Muttineni Satya Narayana is the producer and Charmi is the heroine. Srikanth will be seen as a powerful police officer in the movie. Superstar Krishna and his daughter Manjula will be seen in important roles and this may very well be Krishna’s last Telugu film appearance as the Superstar has announced his retirement from films.