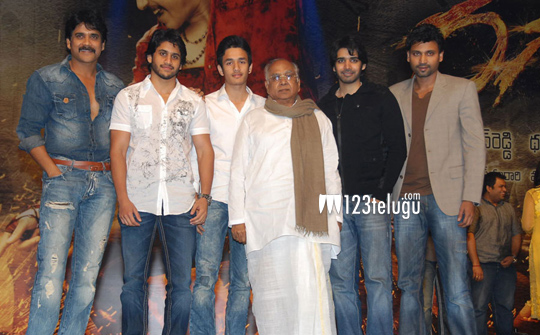 For the past few hours, Akkineni Fans and members of Annapurna Studios have been hinting about a midnight surprise. We expected that to be the first look of ‘Manam’, but that has already come out. After this was revealed, Nagarjuna himself tweeted about an impending midnight surprise.

“We have another surprise coming up for you guys at 12 AM”, he tweeted.

Well, filmnagar is abuzz with the news that Akhil Akkineni’s debut could be announced tonight. Some sources also say that a few special photos of Akhil might be released at 12, formally marking the debut of the youngest Akkineni hero. We could not officially confirm the news.

Let us wait and see what the Akkinenis have in store for us at 12am. Keep watching this space folks.