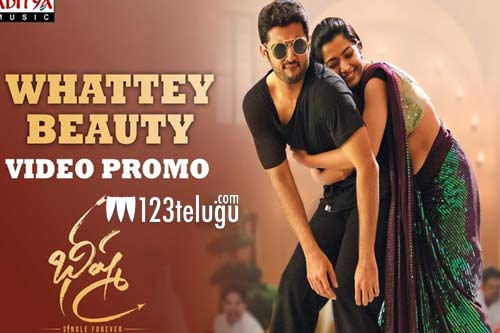 Bheeshma is a film that is being awaited eagerly by many as Nithin is coming after a long gap. The first song of the film has already become a super hit and now the second song has come out.

Titled ‘What A Beauty’, this song is a full-on mass number with superb beats. What hits you the most are the terrific dances by Nithin. He has done a good job and is very good to see him in a fun avatar after a long time.

Rashmika is also seen in a mass avatar and shares good chemistry with Nithin. Sagar Mahati composed the tune which is surely going to rock in the coming days. Venky Kudumula directs this film which is out for a release on the 21st of February. For now, the songs are keeping the fans entertained.