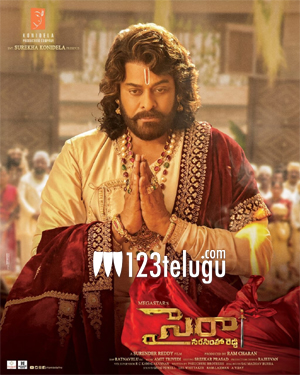 Ram Charan donned the producer’s hat for the second time to fulfill his father Megastar Chiranjeevi’s long-cherished dream, to act in Uyyalawada Narasimhareddy biopic. Charan shelled out nearly Rs 280 crores on Sye Raa. Released on October 2, the film went on to become the all-time highest grossing Telugu movie after the Baahubali franchise.

But in a latest interview, Charan has made a shocking revelation. He said that nearly Rs 75 crores were spent for just the pre-production work and a couple of sequences. “Any other producer would have shelved the film immediately. I too had thought of shelving the movie after the initial schedules. But then I realized that the film will remain as a blackspot in Dad’s career. That’s why I took a huge risk and fulfilled dad’s dream,” Charan said.